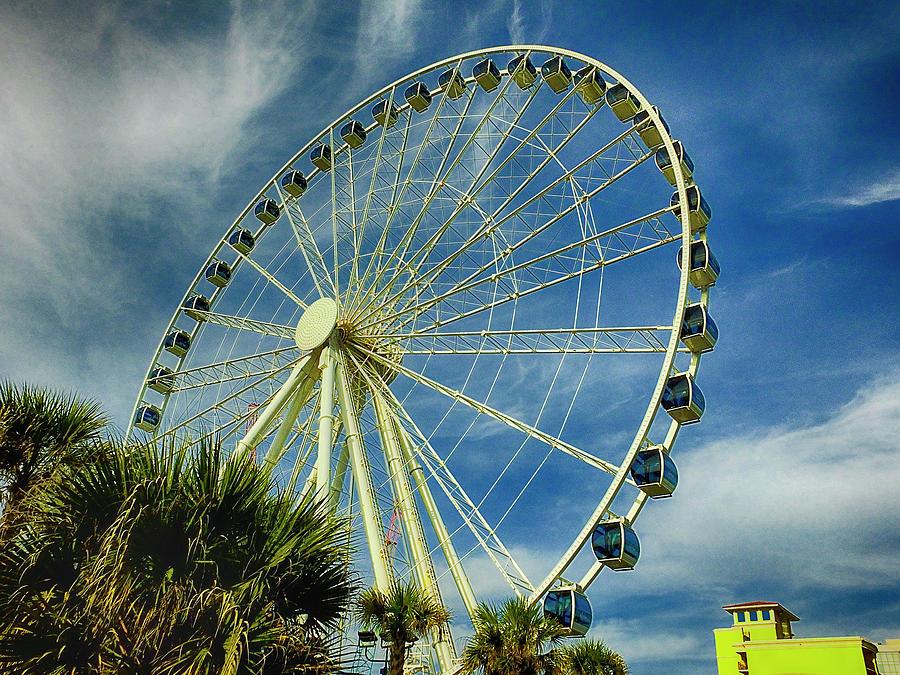 SkyWheel is a 187-foot tall (57.0 m) Ferris wheel in Myrtle Beach, South Carolina.
When it opened on 20 May 2011 it was the second-tallest extant Ferris wheel in North America, after the 212-foot (64.6 m) Texas Star in Dallas, and the tallest wheel in the United States east of the Mississippi River.
It is similar in design to the Niagara SkyWheel on Canada’s side of Niagara Falls, and the Seattle Great Wheel, both of which are 175 feet (53.3 m) tall.
Skywheel has 42 glass-enclosed, temperature controlled gondolas described as “ballooned-out square”, each with seating for six passengers.
The wheel operates year-round. Though the wheel itself can withstand 135 MPH winds, the gondolas must be removed if high winds are predicted, a process that takes eight to ten hours.

Congratulations your beautiful work is being featured in AAA Images:-)