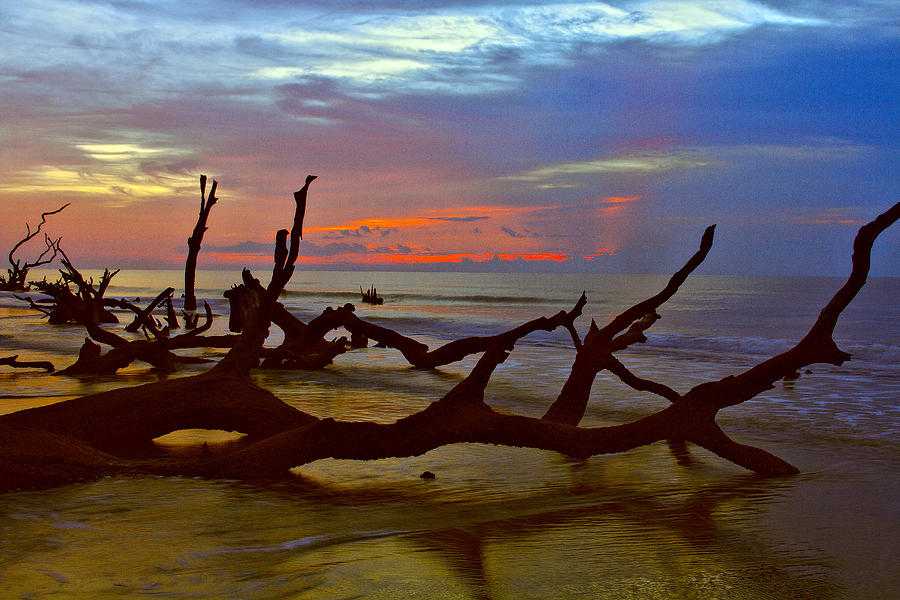 Bulls Island, at 5000 acres, is the largest of four barrier islands found within the Cape Romain NWR. The island consists of maritime forest, fresh and brackish water impoundments, salt marsh and sandy beaches. Live oaks, Sabal palmettos, cedar, loblolly pines and magnolias are the dominant trees found on the island. Bulls Island is home for deer, alligators, raccoons, and black fox squirrels, but the bird life is what Bulls Island is known for throughout the world. Over 293 species of birds have been recorded on the refuge with most being found on or near Bulls. During the fall and winter seasons, black ducks, canvasback, scaup and wigeon can be found in the impoundments. Yellowlegs, dunlins and sanderlings are viewed on the mud flats and beaches. Waders such as blue herons and American and snowy egrets are plentiful. Warblers, woodpeckers and raptors abound in the lush forest on Bulls Island.

Since the early settlements, Bulls Island has been the scene of much historical activity. Bulls Bay and the creeks behind Bulls Island were reputed hideouts for pirates plundering ships along the coast. The remains of the “Old Fort” are believed to have been a martello or lookout tower built in the
early 1700′s. During the Revolutionary War, British warships used the islandto replenish supplies.

For 240 years, 36 parties claimed ownership of Bulls Island. In 1925, New York banker and broker Gayer Dominick purchased the island. An avid outdoorsman, Dominick built a large vacation home and developed the island into a hunting preserve. In 1936, Dominick conveyed the island to the U.S. Government and Bulls Island became part of the Cape Romain NWR.

Perhaps the most photographed location on Bulls Island is Boneyard Beach. Here, hundreds of oaks, cedars and pines are strewn along a three mile stretch of beach on the northeast corner of the island; all the result of an ever-changing beach in constant battle with the in-coming surf. Boneyard Beach gets its name from all the downed trees that have been bleached by the sun and salt water.

What a beauty! Great capture! v/f

I've always dreamed of living near the sea - perhaps even in S. Carolina - and for just this reason. I love the sea at sunrise and sunset, but I also love it before a storm (not a hurricane), and best of all when I have all the solitude I want to contemplate this kind of beauty, to see the parallels with life in the moods of the sea or with the flotsam and jetsam tossed ashore with all the stories that could tell. This is just absolutely stunning work. F/V T

What a beautiful start to the day! v

So beautiful! Love the colors and the composition! V

Thank you for the "feature" Karen!