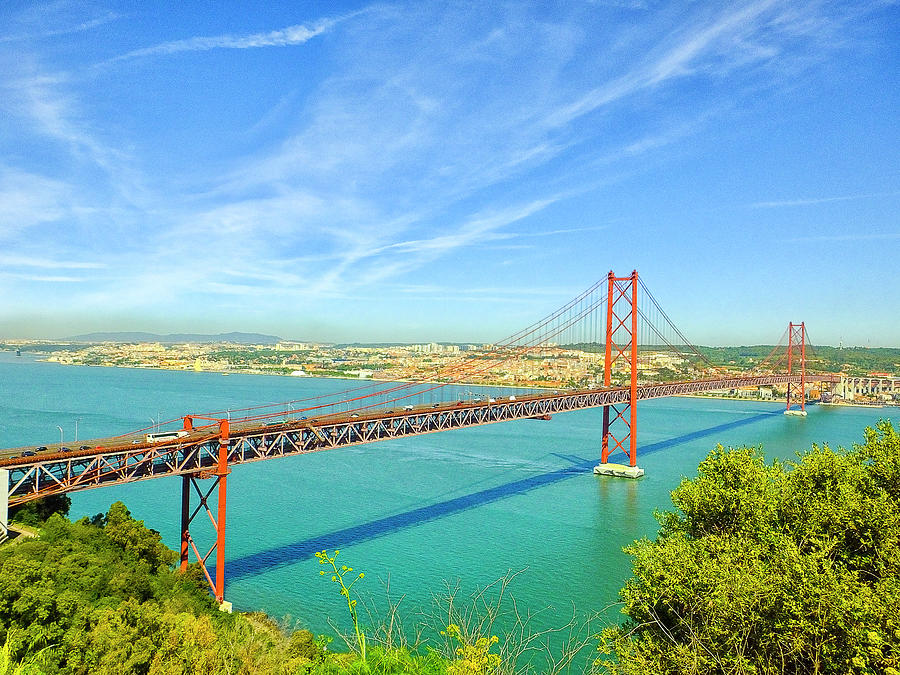 The 25th April Bridge, also known as 25 de Abril Bridge (Ponte 25 de Abril in Portuguese) is the longest suspension bridge in Europe. It has two levels, the top level is for cars and the lower, which was added in 1999 is for trains.

The overpass took 45 months to build. It was inaugurated on the 6 August 1966 and was named Salazar Bridge, after António de Oliveira Salazar, dictator of Portugal until 1974. After the Carnation Revolution that took place on the 25 April 1974 and Salazar’s regime was overturned, the Bridge was given the name of 25th of April.